BK#1 is obsessed with Curious George lately, so naturally I decided to have a “Curious George” birthday party. I sifted through the internet and Pinterest for months deciding what decorations I was going to do, favors, etc.

I compiled a lot of ideas, and made my own printables and I thought I would share some inspiration and show you where I got mine!

Links for other parties will be at the bottom of the post along with some printables I made!

I originally made these bags for the piñata I bought.. or so I thought I put in my Amazon cart! They just ended up being cute candy bags to go along with the favors.

Party City had a lot of Curious George items, too! 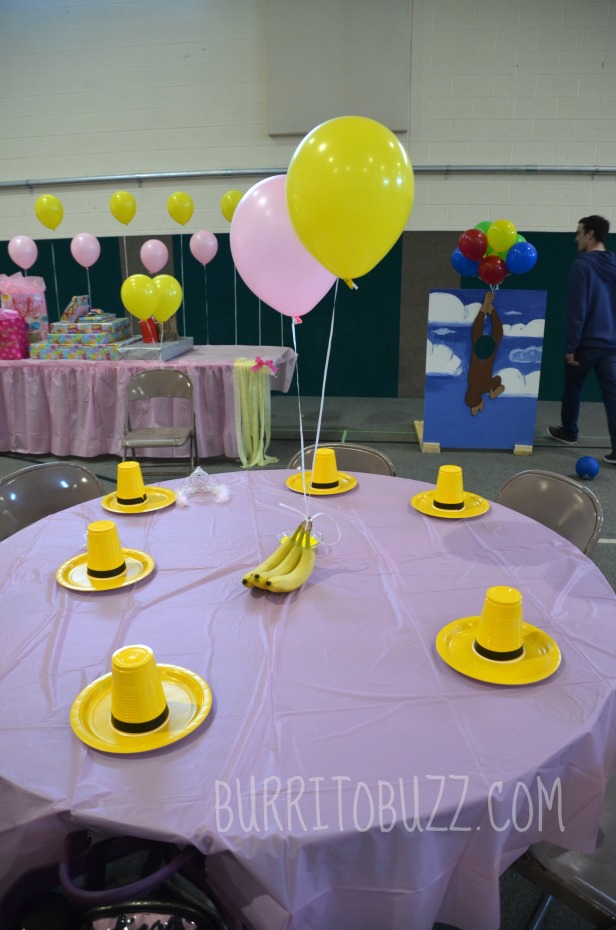 I made The Man In The Yellow Hat’s “hat” just by putting electrical tape around a yellow cup!

The banana Runts were a fiasco. The 5lb bag of just bananas  that I bought off of Amazon didn’t come in time to make a “pile of bananas” cake so my husband and friend ended up digging through about 10 boxes of Runts for only bananas, it was a mess!

An amazing local shop made our cupcakes!

The Curious George face-in-the-hole took my dad and I a lot of time, but was well worth the time and effort! Thank so much Dad! It was a huge hit!

Curious George masks were just the monkey on cardstock, with string attached. Nothing fancy!

BK#1 was over the moon about the little GUND Curious George stuffed animals! They are super soft, and worked great unwrapped for decorations! 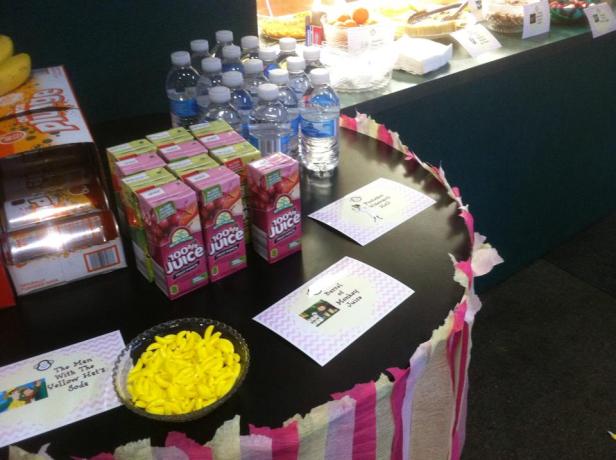 BurritoBuzzAmandaCuriousGeorgeFood <<<<I had these set up at the food table!

bananas <<< I used these for “Pin the Banana on the Monkey”

monkey <<< This is the monkey I used for the favor bags, and the masks!

Hostest with the Mostest had a ton of cute ideas! Here

The Howard Family blog had another great party! Here

Seriously, just type in “Curious George Party” on Pinterest  and the possibilities are ENDLESS!!!